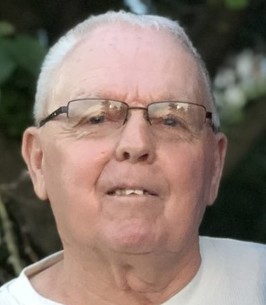 Barry L. Fink “Pap”, 77, of Palmyra, formally of Middletown entered eternal rest on Saturday, November 12. 2022 at Traditions of Hershey surrounded by his loving family. Born January 13, 1945 in Harrisburg; he was the son of the late Glenn G. Fink Sr., and Ruth (Gallagher) Fink; and preceded in death by his infant daughter, Tammy Lynn.
Surviving is his wife of 54 years, Diana (Hook) Fink; his sons, Michael L. Fink (Jolene) and Scott L. Fink (Angela); brother, Glenn G. Fink, Jr. (Patricia) of Kansas; and his two grandsons, Joshua M. Fink, and Travis M. Fink.
Barry was a proud veteran of the U.S. Army where he served during Vietnam.
For 26 years, Barry was a firefighter with the Middletown Volunteer Fire Dept. where he also served as a Fire Chief for 3 years. Firefighting was very near and dear to his heart, as he was able to run calls alongside both of his sons.
Barry enjoyed hiking and swimming in the lakes in Pine Grove Furnace. He also enjoyed working out and playing basketball. His greatest love and time was spent with his family.
In lieu of flowers, memorial contributions can be made Barry’s name to the Middletown Volunteer Fire Dept., 10 Adeila St. Middletown, PA 17057, or to Grane Hospice, 1200 Camp Hill Bypass Suite 205, Camp Hill, Pa 17011.
In keeping with Barry’s wishes, there will be no services.
The family has entrusted the Matinchek Funeral Home and Cremation Services, Inc, 260 E. Main St. Middletown, PA 17057 with the arrangements. Condolences may be sent online at www.matinchekfuneralhome.com