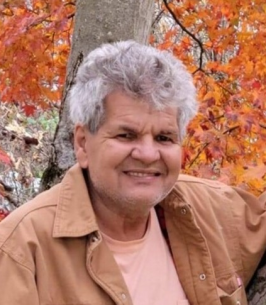 Dale James Shriner, 64, of Royalton entered eternal rest on Saturday, October 22, 2022, at his home. He was the husband of Meletia (Gordon) Shriner.
He was born April 28, 1958, in Middletown and was the loving son of the late Harry Shriner, Sr. and Alice (Rehrer) Gordon.
He enjoyed going to yard sales, auctions, dirt track racing and NASCAR. His greatest love was being with his family.
In addition to his parents, Dale was preceded in death by his sister, Ruth Heinrich.
In addition to his wife, Dale is survived by his daughters, Alicia Shriner of Middletown, Amy Brunner of Palmyra, foster-daughter, Tonya Fravel of Mechanicsburg; foster-son, Timothy Klunk of Elizabethtown; brothers, Harry Shriner, Jr. of Middletown, Terry Shriner (Marie) of Highspire, Dave Shriner (Sharon) of Elizabethtown; sisters, Sarah Brooker of Middletown, Barbara Beckey (Daniel) of Middletown; grandchildren, Jamar Mckinney 16, Julius Staten 6, Dalynn Mckinney 14; three other grandchildren; four foster grandchildren; one great grandchild; one foster great grandchild; numerous nieces and nephews.
A tribute to Dale’s life will be held on Saturday, October 29, 2022, at 11:00 AM at Cornerstone Baptist Church, 1099 Highspire Road, Harrisburg, PA with Rev. Michael Golden officiating. There will be a viewing from 10:00 AM until the time of service at the church. The service will be live streamed for those who are unable to be here in person. Go to the Matinchek Funeral Home website and on Dale’s page for the link.
Interment will be at Middletown Cemetery.
In lieu of flowers, memorial contributions may be made in Dale’s name to, National Kidney Foundation, Inc. 30 East 33rd Street, New York, NY 10016.
The family has entrusted the Matinchek Funeral Home and Cremation Services, Inc, 260 E. Main St. Middletown, PA with the funeral arrangements.
Condolences may be sent online at www.matinchekfuneralhome.com