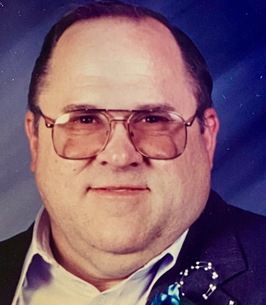 David B. Sheaffer, 76, of Middletown, died Oct. 6, 2022, after a long illness. He’d been under the care of Homeland Hospice at the Gardens at Camp Hill.

If you ever met Dave, you were his friend. His children could never get out of line because everywhere they went, someone knew their dad. He could tell you the personal histories of everyone he met at the flea markets he attended weekly until his health failed. He prided himself in getting a bargain on something, whether he needed it or not.

Dave was a 1964 graduate of Middletown Area High School, where he’d met his wife. He was a Staff Sergeant in the U.S. Air Force and served in the Vietnam War.

He never stopped giving of himself. Over the decades, he volunteered with the Middletown and Lower Swatara Township fire companies; the Middletown, Royalton and Dauphin County emergency management agencies; and the Dauphin County Haz-Mat team. He especially enjoyed being a fire police officer for Lower Swatara, helping not just at emergency scenes but during parades and community events.

He made a career out of fixing things. He was a mechanic at various places, including the former Harry Cramer Honda in Middletown, before taking a job at the Defense Distribution Region East in New Cumberland. He supposedly retired from the federal government there, but didn’t manage to sit still. He worked as a security guard for a few years before finally retiring for real from Dauphin County’s security force.

Dave continued tinkering nonstop almost until his final days. He took special pride in reloading ammunition and fixing any device that may or may not have been malfunctioning.
He was the oldest son of the late Robert E. Sr. and Thelma (Eshenour) Sheaffer. He also was preceded in death by a sister, Carolyn Wagner, and a granddaughter, Jaina Pickel.

Services are being handled by Matinchek Funeral Home and Cremation Services, 260 E. Main St., Middletown. A public viewing will be held from 10 a.m. to noon Wednesday, Oct. 12, at the funeral home. A service will immediately follow. Private burial will be at the convenience of the family.