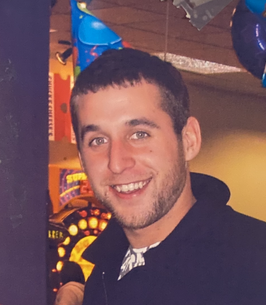 Derrick Anthony Romberger, 36, of Middletown, passed unexpectedly late June 21, 2022, in Ocean City New Jersey while on vacation.
He was born on June 20, 1986, in Harrisburg and was the son of Dean S. Romberger Jr. and Robin M. (Edelman) Romberger.
Derrick graduate in 2004 from Susquehanna Twp. High School where he played four years of varsity basketball. After high school Derrick moved onto construction and started a family of his own. In 2010 Derrick became a father and then had two more children in the following years. He was a dedicated UPS employee for the past eight years. He enjoyed playing sports, especially basketball, music, and most of all spending time with his family. His children enjoyed his love for music and karaoke they would play with each other. Since his passing, the kids have been listening to music that reminds them of him. He was a proud father, a genuine brother, and a loving son. He cherished his children and provided for them with all their needs and more. Derrick was someone anyone who could talk to and someone anyone could love. His presence warmed the room, and his laughter was contagious but most of all, his love was unconditional. His children would like everyone to honor Derrick at the ceremony by wearing orange to show love and support.
In addition to his parents Derrick is survived by his children, Sophia Jayne Romberger, Derrick Anthony Romberger Jr. and Leah Marie Romberger; his brothers, Dean S. Romberger III and his wife Whitney Bradley and Daniel T. Romberger; his maternal grandfather, Charles A. Edelman; his paternal grandmother, Anna E. Romberger; nieces and nephews, Emma C. Romberger, Dylan M. Romberger, Olivia L. Romberger, Ryan A. Romberger, Dexter T. Romberger; his first wife, Jennifer Butvinik; his current partner, Sara Viozzi and her children Blake, Colton, and Mavrick as well as several aunts, uncles and cousins.
A memorial service will be held on Friday, July 1, 2022 at 8:30 PM at the Matinchek Funeral Home and Cremation Services Inc., 260 E. Main St. Middletown PA 17057 with the Rev. Britt Strohecker officiating. Viewing will be from 6:30 PM until the time of services Friday.
Burial will be at the convenience of the family.
Condolences may be sent online at www.matinchekfuneralhome.com