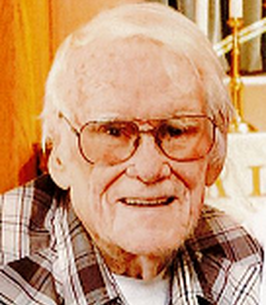 Donald E. Schaeffer, 89, of Middletown entered eternal rest on Saturday, June 18, 2022, at the home of his son surrounded by his loving family.
He was born December 24, 1932, in Harrisburg and was the loving son of the late Martin Schaeffer and Emma (Shafner) Koons.
Donald retired from Bethlehem Steel as a steel worker.
He was a former ambulance driver, president, and secretary as well as a life member of the Londonderry Fire Department. He enjoyed woodworking, but his greatest love was his family.
In addition to his parents, Donald was preceded in death by his first wife, Dorothy (Imes) Schaeffer; second wife Vera (Imes) Schaeffer; granddaughter, Hope Schaeffer; brothers, John and Martin, Jr. Schaeffer; sisters, Bernice Miller and Anna Loncar; stepdad, Donald Koons.
Donald is survived by his sons, Ronald E. Schaeffer (Melissa), Kenneth A. Schaeffer (Bonny); stepdaughters, Barbie Junker, Debbie Gilbert (Jerry), Vera Ellen Brown (Rick); thirteen grandchildren; several great-grandchildren; numerous nieces and nephews.
A tribute to Donald’s life will be held on Thursday, June 23, 2022, at 11:00 AM at Matinchek Funeral Home and Cremation Services, Inc. 260 E. Main St. Middletown, PA with Rev. Elwood Pfaunmiller officiating. There will be a viewing from 10:00 AM until the time of the service.
Burial will be at Woodlawn Memorial Gardens, Harrisburg.
In lieu of flowers memorial contributions can be made in Donald’s name to Residential Hospice, 100 Sterling Pkwy #110, Mechanicsburg, PA 17050.
Condolences may be sent at www.matinchekfuneralhome.com