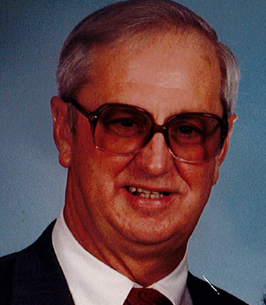 Harold J. “Jim” Morgan, 86, of Middletown, passed away peacefully on July 4, 2022 at County Meadows in Hershey. He was the son of the late Charles and Edna Morgan.
Harold graduated from Hegins High School and earned an Associate’s degree as an Electrical Construction Technician at Williamsport Technical Institute. He was a US Army veteran and had been stationed at Camp Gordon, Fort Dix and Iceland. Harold was a retired supervisor from the former AMP, Inc., Electrical Dept. with 32 years of service.
He was a member of Evangelical United Methodist Church, Middletown where he served on the Administrative Board. Harold also served as a committee member of Boy Scouts of America, Troop 97, and co-organizer and team member of the Londonderry Horseshoe League. He served his community as a member of the Londonderry Twp. Park and Recreation Board, Meals on Wheels and VIP Van Volunteer.
Harold is survived by his loving wife of 64 years, Louisa M. (Haas) Morgan; his sons, James Morgan and wife Sherie and Ronald Morgan and wife, Penny; his daughter-in-law, Susan Morgan; six grandchildren, Sean, Nathan, Kira, Kasey, Colby and Kylie Morgan: great grandson, Finley Morgan; three brothers, Allen Morgan (Wanda), Robert Morgan (Judy), Ralph Morgan, and two sisters, Jean Wetzel and Dianne Snavely.
Harold was preceded in death by his son, Timothy Lee Morgan and his granddaughter, Amber Nicol Morgan, and three brothers - Melvin, Lee and William Morgan.
A celebration of his life will be held at 11 AM, Friday, July 22, 2022 at Evangelical United Methodist, 157 East Water Street, Middletown, PA. A same day visitation will be held from 10 AM to 11 AM at his church. Burial with military honors will be at the Middletown Cemetery, 675 Spring Street, Middletown, PA.
In Lieu of flowers, donations may be made to Lifesong Hospice & Palliative Care, 3880 TecPort Drive, Suite 2, Harrisburg, PA 17111 or to his Church.
The family has entrusted the Matinchek Funeral Home and Cremation Services, Inc., 260 E. Main St. Middletown, PA with the funeral arrangements.
Visit www.matinchekfuneralhome.com to send condolences.