To share your memory on the wall of Harry Hartman, sign in using one of the following options:

Harry retired from the Federal Government, he worked for the United States Postal Service and was at one time a milk man. He was a Mason and member of the Prince Edwin-Spring Creek Lodge 486 F&A.M.. He was an avid Philadelphia sports teams’ fan as well as a PSU fan. Harry also was an active athlete playing hockey for the Jr. Bears, golfing, bowling, racing stock cars, and fishing. He was inducted into the Pennsylvania Bowling Hall of Fame. He enjoyed traveling especially to Disney and cruises. Most importantly he was a loving family man.

A visitation will be held on Thursday, April 29, 2021 from 5-7 PM at Matinchek Funeral
Home and Cremation Services, Inc., 260 E. Main St., Middletown, PA 17057. Burial will be private at the convenience of the family. Memories and condolences may be shared at www.Matinchekfuneralhome.com.

To send flowers to the family or plant a tree in memory of Harry Earl Hartman Jr., please visit our Heartfelt Sympathies Store.

Receive notifications about information and event scheduling for Harry

We encourage you to share your most beloved memories of Harry here, so that the family and other loved ones can always see it. You can upload cherished photographs, or share your favorite stories, and can even comment on those shared by others.

Love, Mark, Jodi and the Freeburn family sent flowers to the family of Harry Earl Hartman Jr.
Show you care by sending flowers

Love, Mark, Jodi and the Freeburn family purchased the Sweet Tranquility Basket for the family of Harry Hartman. Send Flowers

Posted Apr 23, 2021 at 08:10am
Donnie and Hartman family, sorry to hear of your Dad’s passing and please accept our condolences. . I remember him (I think his close friends kiddingly nicknamed him “Sooty” ) during our junior high days taking us bass fishing on the river and to Indian River for blues and sea trout. Good times. A really nice man who my late Dad and family liked too. Yours, Tom Sniscak.
Comment Share
Share via: 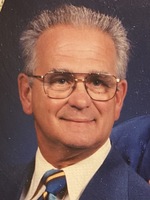 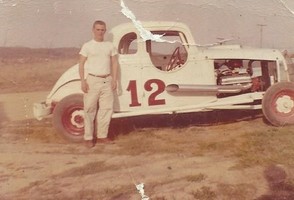 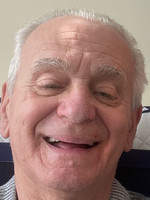