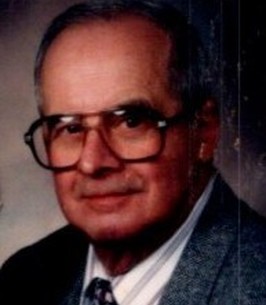 Harvey Wilbert Tennis, Sr., 96, of Middletown entered eternal rest on Friday, November 11, 2022, at home surrounded by his loving family. He was the widower of Martha (Hahn).
He was born April 20, 1926, in Hummelstown and was the loving son of the late Joseph and Cora (Heisey) Tennis.
Harvey was a proud veteran of the U.S. Army where he served during WWII.
He worked as an instrument technician and retired from the Mechanicsburg Army Depot. He also worked at the Middletown Area School District in the maintenance department.
Harvey was a member of the Middletown VFW Post 1620 and the Rescue Hose Association. He enjoyed watching the Steelers Football team, but his greatest love was his family.
In addition to his parents and wife, Harvey was preceded in death by eleven siblings.
Harvey is survived by his sons, Harvey Tennis, Jr. (Linda) of Middletown, Larry Tennis (Crystal) of Bainbridge, Joseph Tennis (Holly) of Elizabethtown, Jeffrey Tennis (Diana) of Middletown; grandchildren, Cherie Weirich (Brian), Travis Tennis (Hannah), Toby Tennis, Brandon J. Tennis (Abby), Dylan Tennis; great-grandchildren, Bailey, Layla, Ellie, Josanna, William; numerous nieces and nephews.
A tribute to Harvey’s life will be held on Saturday, November 19, 2022, at 12:00 PM at Matinchek Funeral Home and Cremation Services, Inc, 260 E. Main St. Middletown, PA with Rev. R. Jeffrey Fisher officiating. There will be a viewing from 10:00 AM until the time of service.
Burial will be at Middletown Cemetery with full military honors.
In lieu of flowers memorial contributions can be made in Harvey’s name to St. Jude Children’s Research Hospital, 501 St. Jude Place, Memphis, TN 38105.
The Tennis family thanks Kindred Hospice for the care and compassion for Harvey during the past couple months.
Condolences may be made online at www.matinchekfuneralhome.com