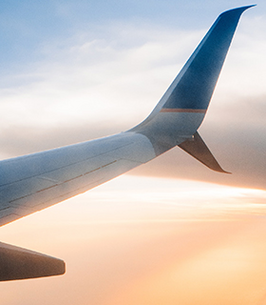 Helen Granger, 83, of Middletown, PA passed away on June 26, 2022. Born in Middletown, she was the daughter of the late John and Blanch (Pachesnik) Correll and the widow of William L. Granger, whom she married in 1959.
Helen was a member of Seven Sorrows BVM Catholic Church. She was retired from the accounting department of the Maryland Chamber of Commerce after 26 years of service. Due to her husband’s employment with the Federal Aviation Administration, Helen lived in Las Vegas,NV, Denver, CO and Edgewater, MD. She also volunteered with several school and community organizations. Travel was an important hobby of Helen’s. Among her favorite places were: Fiji, New Zealand and Australia. She was very active at the Annapolis Bowling Center. Music, reading and being with her grandchildren were also important in her life.

Helen is survived by her son, William Granger (Patti), Edgewater, MD; her sister, Patricia Varankar, Middletown and brother, John A. Correll (Sharyn) of Myrtle Beach, SC, five grandchildren, nine great grandchildren and several nieces and nephews. Helen was predeceased by her son, John A. Granger, Edgewater, MD; her sister, Lillian Russ, Middletown and her brother, Joseph Correll, Newark, OH.
A Mass of Christian Burial will be held at 11:00 AM, Friday, July 15, 2022 in Seven Sorrows BVM Catholic Church, 280 N. Race Street, Middletown, PA. A visitation will be from 10:30 AM to 11 AM, Friday, in her Church. Burial will be in Saint Mary’s Catholic Cemetery, Middletown, PA.
Matinchek Funeral Home & Cremation Services, Inc. has been entrusted with handling the arrangements.
Condolences may be sent online at www.matinchekfuneralhome.com