To share your memory on the wall of Quinn Barnhart, sign in using one of the following options:

To send flowers to the family or plant a tree in memory of Quinn Emerson Barnhart, please visit our Heartfelt Sympathies Store.

Receive notifications about information and event scheduling for Quinn

We encourage you to share your most beloved memories of Quinn here, so that the family and other loved ones can always see it. You can upload cherished photographs, or share your favorite stories, and can even comment on those shared by others.

Posted Apr 04, 2021 at 02:09pm
I met Quinn through his sister Sharon many years ago. What a loss of a fellow car/truck/tractor/wheeled vehicle guy and someone I remember as humorous and friendly. Our prayers to the extended family for peace and comfort. Tom & Jennie Day
Comment Share
Share via:
DH

Posted Mar 23, 2021 at 11:11am
I was saddened to hear the news of Quinn's passing. We grew together on the Colebrook road area. As children, we played and built model cars together, later moving on to small engines, anything that burnt gas and leaked oil. Eventually, real cars and trucks. I was amazed how quickly Quinn learned all things mechanical, he could analyze, dismantle, repair and assemble a VW motor with his eyes closed. Quinn was a good man, great personality, generous with his good advice and did not hesitate to keep his shoulder to the task. My sincere condolences to the Barnhart family. Dayton Holmes - Santa Barbara, California
Comment Share
Share via:

Posted Mar 16, 2021 at 11:31am
Terry and Family, you are in my thoughts and prayers. Quinn was a great person and loved by many!
Kathy Kovalic Semic
Comment Share
Share via: 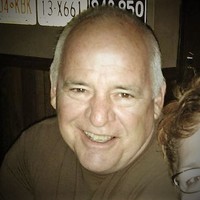